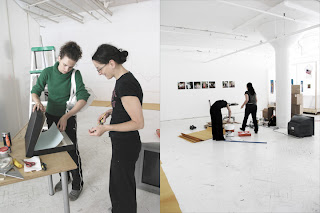 Softbox's contribution to A Lot of Possibilities as Spring Space will open Saturday May 30th.

The show is curated by Valeria Federici based on an open concept of boundaries and limits.
Federici writes: "In harmony with Soft Box, a location that escapes standard definitions of space by existing as a living object molded by individuals and transformed through their ideas, Spring Space presents episodes of straddling boundaries and facing barriers.”
“In an implicit manner, to define means to exclude. Spring Space addresses the possible interruption of such proscription by investigating, reinventing and overcoming limits.” Federici continues.

Work of the artists involved is a direct response to their experience in and with a foreign country and culture:
“Travelling in Alentejo, Portugal, I was deeply struck by the strong resemblance of that landscape to the region of California where I grew up.” Alyssa Casey said.
Having been trained in biology, art, and the research methods of physical geography, Alyssa decided to place her own emotional truth under scrutiny by conducting an experiment to objectively test the resemblance of Alentejo and California. 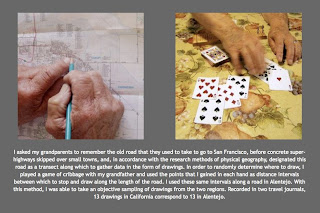 Marion Misilim travelled to Romania to visit her family. She came to the US when she was 3 years old with her parents escaping communism. Her relatives still live there. Marion first travelled back to Romania in 1997 in an exploration of another life she may have lived. Marked by the death of her grandmother, in her last trip in 2008, she noticed how much the country is changing driven by progress and how local identities risk extinction. 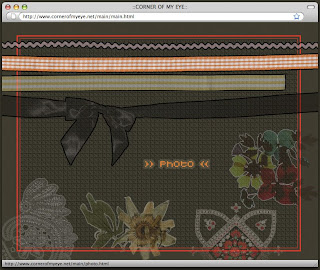 Roel Vanderlinden travelled to US for the first time in the summer of 2008. The constant presence of American flags throughout the landscape - hanging from windows, standing in many backyards as well as atop many buildings - inspired him and his brother Martijn an ongoing project to spread the message "unity through identity". The project already brought Roel in Lisbon, Seville, St. Savinien, Novo Mesto and Zagreb making fields of painted flags, of all countries, in all countries, with all people. 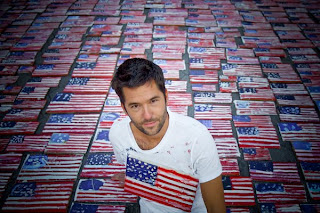 Roel Vanderlinden from "unity through identity."
_________________
Federici holds a MA in Art History from The University of Rome, Italy. She moved to New York City on October 2007 where she now lives and works. She has been working for art galleries both in New York City and Massachusetts where she managed several exhibition research projects and co-operated on installation curatorial aspects.
Federici's past projects include:
-Participation in the MCLA Arts Management Program, North Adams, MA, in Summer 2007, co-installing several exhibitions at Gallery 51
-Work with Picture Projects Inc., Brooklyn, NY, for exhibition managing, developing and researching.
-Co-curated Sand Counting Lab, an installation by Alison Cornyn for the exhibition “Sand, Memory, Meaning and Metaphor” at the Parrish Art Museum in Southampton, NY.
-Installation planning and oversight for exhibition of Gilles Peress photographs as part of Access to Life project at the Corcoran Gallery in Washington D.C. travelling to Madrid, Spain, Oslo, Norway and Rome, Italy.
-Currently, Federici is working at a permanent exhibition for a landmark building by Frank Lloyd Wright in Elkins Park, PA.

(The project California - Alentejo was originally created within the context of the Festival Escrita na Paisagem 2007 (Written in the Landscape), a festival of performance art in Alentejo, Portugal. After a road trip in 2004, where in she brought Alyssa to the Alentejo landscape, Inês Barreiros included Alyssa in the section "Andamentos" (a section dedicated to young artists/performances). The artist would like to acknowledge Inês for her invaluable creative and logistical support. The project would not have been possible without the generosity and help of she and her entire family, Leonilde, José, and Ana Barreiros. California – Alentejo was created with a grant from the US Embassy of Portugal, Department of Cultural Affairs)
Newer Post Older Post Home
Softbox is a completely malleable space where rooms are on wheels and entire environments can be changed around. The flexibility of this live/work warehouse space is due to its role as a testing ground for sculptural and interior architecture projects by myself and visiting artists. Focused on “hosting,” Softbox is both a laboratory and a social space where interactive programming takes place including short term residencies, exhibitions, screenings and performances.